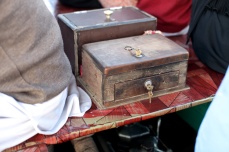 Designing the future of money for low-income Visa users

People on low incomes often rely on a purely cash economy. Cash is used as a tangible way of budgeting, allowing users to count, divide and set aside funds easily wherever they are.

However, the use of cash alone dramatically reduces a person’s ability to purchase online and increases their vulnerability to theft and fraud.

The point of purchase often performs a vital role in budgeting, but credit and debit payments are invisible to people at this point. As a result, card users often presumed they had more money than they did, and easily became overdrawn.

I redesigned the Visa credit/debit card service to allow users to check and amend the balance on a Visa card at the point of purchase, well before many of their competitors followed suit.